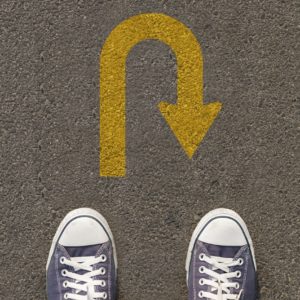 1.  Bad News from the Probation Officer:

The first step of a misdemeanor probation violation case is the bad news from the probation officer. You will learn that something is coming down the pipeline when you go in for your monthly visit with your PO, and he looks unhappier than usual. The PO tells you that you failed a drug or alcohol test, or haven’t been keeping up on your fines or costs of supervision, or picked up a new criminal charge. Whatever the news may be, it is bad news. The probation officer will file an affidavit with the prosecutor’s office, and report to them that you have failed at supervised probation.

2. Warrant and Arrest on Probation Violation:

Once the prosecuting attorney receives the affidavit, he will file a motion for probation violation and a request a warrant. The judge will review the affidavit and motion and likely issue a warrant for your arrest.

At some point, you will learn that a warrant is pending for your arrest. If you live in a county in Idaho where this information is made public information, like in Ada County, then you can monitor this site and wait for the warrant to appear. Once it shows up, you will want to make sure you have an attorney retained. Turn yourself in on the warrant as soon as possible.

After the arrest you will have an arraignment within 24 hours (unless during the weekend or a holiday). A magistrate judge will preside at the arraignment. If you are in a small town where there is only one magistrate judge, then you will get to see the judge who is handling your probation violation case. However, if your arrest was in a larger city, like Boise, where there are several magistrates, then you probably won’t be seeing your judge on the first day.

If the judge hasn’t set a bond on the warrant, or too high of a bond, you will not likely be able to address that issue at your initial arraignment. The magistrate judge who is handling your case that day will not want to touch the bond set by the sentencing judge.  You will likely be given a date to see your judge within a week or two if you remain in custody.  It may be longer if you the Court releases you.

The next step in your case will be to get all of the reports and allegations that the State is planning to use against you. Also, you will disclose to the State all of the evidence you will present in your defense. These materials are what we call discovery. You will see what they have against you to prove to the judge that you violated the terms of your probation.

The first difference is, with a trial, you have a right to have the State prove the charges ‘beyond a reasonable doubt.’ The standard in a probation violation hearing is not ‘beyond a reasonable doubt’ but rather ‘by a preponderance of the evidence.’ What this means is the State does not have to prove their case such convincing evidence. The judge will only have to believe one side a little more than the other to make a finding.

And finally the third big difference, in a probation violation hearing the rules of evidence are relaxed.  You do not have the same legal protections against things such as ‘hearsay statements’ and certain foundational objections to certain official documents.

If you either admit to the probation violation allegations or if you are found to have violated the terms of your probation after a probation violation hearing, then you will proceed to ‘disposition.’ A disposition is an equivalent of having a ‘sentencing hearing’ after the conviction on the original criminal charge.

Previous Post: « How Long After an Alleged Offense Can The State File Criminal Charges?
Next Post: What is ‘discovery’ in a criminal case? »