What you should do when you are charged with a crime in Idaho.

Home » What you should do when you are charged with a crime in Idaho. 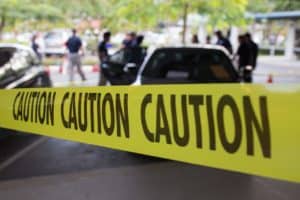 I am charged with a crime. What do I do?

Even a fool, when he holds his peace, is counted wise: and he that shuts his lips is esteemed a man of understanding. -Proverbs 17:28

Or in other words, keep your mouth shut!  You cannot talk yourself out of this situation.  All you can do is dig yourself a deeper hole.  I cannot stress this enough.  There are no words now that you can speak to stop the rock that has already begun to roll.  The State has charged you with a crime, which means the State, not one police officer or one prosecutor, but the State of Idaho has determined that it believes you are guilty of a crime.  It will now attempt to take any words you say and turn them against you.

Why do you think detectives try so hard to get suspects to talk?  Because they already know that there is nothing you can say that is going to help your case.  They are strengthening the case that they already have begun to build against you.

If you want a complete explanation as to why you should remain silent, what my video on the subject.

Fools rush in where angels fear to tread. –Alexander Pope

The next thing you should do when you’ve been arrested or charged with a crime is stop and realize that you are in over your head.  Do not make another move on your own.  Do not attempt to ‘handle’ the situation.  You may be a very smart individual, you may trust your instincts and your judgment, but now is the time to set that all aside and realize you are in uncharted waters.  You need to understand that you lost control the moment you the police arrested you.  Now you need outside help.

As a criminal defense attorney, I have seen time and time again where my clients have attempted to handle their case before hiring me.  Or worse yet trying to ‘handle’ their case after they have hired me.  Doing this gets my clients into deeper trouble than they started in.  Sometimes their mistakes are so severe that they entirely ruin their hope of an acquittal at trial.

I see this frequently in domestic violence cases.  My clients attempt to call the complaining witness (what the State calls ‘the victim’) and get the complaining witness to ‘drop the charges’. (Read here about the myth of ‘dropping the charges‘)  Doing this results in one of two things happening, the State either charges my client with a felony ‘witness intimidation’ charge or with a misdemeanor charge of violating a no-contact order.  My client is arrested by the State a second time.  He must then post another bond, and deal with another case.

So stop, do not do anything.  Call an attorney that you trust enough to put your life in his hands.  Let him handle your case.  A criminal defense attorney has sailed these waters many times and knows what obstacles to avoid, and when to fight.

3.  Stay Off the Jail Phones

For an attorney, the Jail phones are the kiss of death.  If you can help it, stay off the phones entirely while you are in custody.  Do not call anyone other than your attorney.  I know it is a tough time being in custody and you just want to talk to those on the outside. However, doing so can be detrimental to your case.

You have a right to remain silent, and that right is powerful.  But when you talk on the phones you are giving up that right every time you dial.  The jail records every conversation, and if you think they are not listening, you are wrong.  A majority of domestic violence cases almost always result in at least a no contact order violation, and sometimes, a witness intimidation charge.  Most of these accusations stem from jail phone calls.  And don’t think you are a genius by calling on other inmates calling cards or having someone relay messages for you.  You will get caught, and you will complicate your case.

Also do not try to get on the jail phones and make your case, putting on a show to try and trick the State.  Nothing that gets recorded on the jail phones is going to help your case.  The State will only try to find every opportunity to use your words against you.  For example, if you talk on the phones and say that you didn’t commit the crime you are accused of, then end up taking a plea deal, the prosecutor will use your recorded conversation against you to prove that you are not taking responsibility for your crime.

4.  Tell Your Attorney Everything

The way of a fool is right in his own eyes: but he that hearkeneth unto counsel is wise.  -Proverbs 12:15

It is important for you to tell your lawyer everything, warts and all.  You may think that keeping something from your attorney will help your case.  It won’t.  Your attorney needs to know what obstacles to avoid in the case, but if your attorney doesn’t know about the obstacle, he will run right into it.  Sometimes things that you may think are going to hurt your case, may help your case.  You will have to trust someone who has been down this road many times, and knows what is good for a case and what is bad for a case.  Don’t sanitize the story for your attorney in hopes that you will improve your chances of a favorable outcome.  You are playing with fire, and your case could end in tragedy.