One thing is for certain, the vast majority of those in custody in this country’s state prisons, or under supervision by the State, are of the lowest class when it comes to economic wealth. That fact is undisputed. Among those entering prison in the United States in 1991, about 70 percent earned less than $15,000 a year when they were arrested, and 45 percent didn’t have a full-time job. One in four prisoners is mentally ill, and 64 percent never graduated from high school. According to this article, being poor means you are arrested at a higher rate, convicted at a higher rate, and sentenced more harshly. What is unknown, and debated, is why those who are poor end up being convicted of crimes at such high rates. Some say that stupidity got them where they are today. Stupidity made them poor, stupidity caused them to make stupid decisions, and stupidity put them in prison. Others say it’s a moral issue. Immoral behavior made them poor, and immoral behavior got them in trouble, and immoral behavior put them in prison. 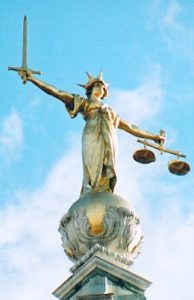 Stupidity and immorality probably have something to do with it. It certainly would not be surprising that those who are stupid and/or immoral would have a difficult time making a decent living. (Although there seems to be no dearth of immoral rich people to go around) Similarly it would not be surprising that the stupid and immoral would find themselves behind bars at greater rates than those who are intelligent and of high moral integrity.

However, I do not think that is the entire explanation. It is only part of the answer. I believe a small part. The other part of the answer is that the poor and uneducated are not represented fairly in the criminal justice system, or as a friend pointed out to me the other day, we should refer to it more appropriately as the criminal legal system, since it can often be difficult to see the justice in it.

Anyone who has been through through the criminal legal system, or knows someone who has been through it, know about public defenders, and they probably know the more popular term, public pretender. As a private criminal defense attorney, I am not of the opinion that public defenders are inherently lazy or incompetent, nor do I join in using the derogatory term public pretender. In fact I have many friends, acquaintances, and colleagues who are public defenders. I admire what they attempt to do, and the time, effort, and energy they put into their work. But the fact of the matter is, public defenders, especially in Idaho, have a work load that is much too great for their capacity to handle. Public defenders are not lazy and incompetent, they are overwhelmed. The prosecutors office has better funding, and is staffed more appropriately, while the public defender’s office is under staffed, under funded, and over worked.

So naturally the economically destitute are going to suffer legal loses at a much greater rate than are those who can afford private representation. Not because a public defender is incompetent, but because a private criminal defense attorney will be able to spend the requisite amount of time handling the case appropriately, thus giving the defendant a better shot at a fair trial.

I think there is more to it than just the simple fact that those with money can afford private representation, and better trial preparation. I think someone’s economic standing will have an impact on both the way the prosecutor and the judge evaluate the case. At least at a subconscious level there is a high likelihood that a prosecutor and judge are going to look more favorably on someone who has a successful career, and a substantial income, than they are on someone who is unemployed and living on welfare. I’m not saying that this is intentional or a conscious thought (all though it probably is in some cases), but it is just human nature. Especially since judges and prosecutors can sympathize and put themselves in the shoes of someone with a successful career and income, while the poor and destitute are more foreign to them.

And its not just judges and prosecutors who will judge someone with money more favorably. Juries will also have the same conscious and unconscious thoughts about someone with better economic standing. This will have a greater impact with some charges than others. For example, a poor man who is accused of stealing cash is probably going to have harder time convincing a jury of his innocence than a man who has dispensable income.

Simply put, rich defendants can put on a better defense than poor people. The result, our jails and our prisons are filled with those who were of a lower class economically. I am not advocating the position that this can all be explained by the fact that they could not afford a fair trial. What I am suggesting is that it most certainly is a major contributing factor.

The Salem Witch Trials and Criminal Defense. Is our judicial system fair?
Next Post: When can a police officer search my car?