Home » Idaho Law Blog » My criminal case in Idaho was dismissed, but can the State still charge me? 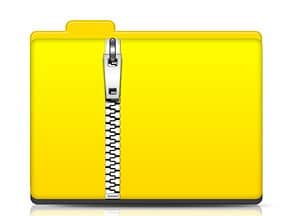 However, if the charge is a felony, then the answer becomes a bit more complicated.  Felony charges can be refiled upon a voluntary dismissal by a prosecuting attorney.  To learn more about who can dismiss a felony charge, read here.

Did the prosecutor say that they were dismissing the charges with prejudice?  If you heard the words “with prejudice” then no, the State cannot refile the charges.  If you did not hear those words, then they may or may not be able to file.  The following questions still need to be considered.

Was the dismissal according to a plea agreement to another criminal charge or charges?  If so, then the answer is no they cannot refile the charges, regardless of whether the Court mentions prejudice at all.

It is very common for the prosecuting attorney to fail to have their case ready for a preliminary hearing within that time limit.  It is more common for the prosecuting attorney to request a continuance than have a case prepared in 21 days.  Defendants charged with felony charges will try to seize this opportunity to demand that the court dismiss the case for failure to hold the preliminary hearing within 21 days.  However, the State beats the defendant to the punch and dismisses the case before the court does.

The Defendant believes that he has gained a victory, but he has not and has probably caused his case more problems because now he has not only forced the State to dismiss the case but also to refile the case.  And when the State refiles that means that the court will issue a new warrant, and the Defendant will be rearrested, and have to post an entirely new bond, and will get none of their other bail bond money back.

If you have had a case dismissed, and still not sure whether the prosecuting attorney can refile the dismissed criminal charges, you may want to contact a criminal defense attorney.  Call our office, and we’ll be happy to help you with any questions you may have.

Previous Post: « Idaho Court of Appeals Overturns Gun Conviction
Next Post: Should I refuse to blow into a DUI breathalyzer? »