Home » Idaho Law Blog » Should I refuse to blow when arrested for DUI? 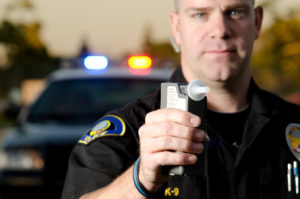 Armchair lawyers will tell their friends to refuse to blow into the breathalyzer when arrested on suspicion of a DUI. But that’s not always the best advice.

Actual impairment vs. Per Se DUI

Even if you refuse to blow, the State can proceed on an ‘actual impairment’ theory.  This means that they can try to prove the DUI case by presenting other evidence of intoxication. Such as a driving pattern, bloodshot eyes, the smell of alcohol, failed field sobriety tests, impaired memory, slurred speech, etc.  The breath alcohol test allows the State to proceed on a ‘per se DUI’ theory. That means they only have to prove that you were in ‘actual physical control’ of the vehicle and that you were over the legal limit.

365-day License Suspension if you Refuse to Blow

One of the major consequences of refusing to blow into the breathalyzer is a mandatory 365-day license suspension. The reasoning behind suspending your license when you refuse to blow is what is known as “Implied Consent”. Implied consent means that when you get your driver’s license, you are consenting to the rules of the road. If an officer stops you for driving under the influence, you must comply with tests to ensure you are safe to drive.  Or else risk losing your license.

Bear in mind the 365-day license suspension is a consequence separate from any consequence you might get for the crime of DUI. It is a separate offense to refuse to cooperate with a breath test. Even if you were stone cold sober when you were arrested, you still must comply with a breath test. Being innocent of DUI does not absolve you of the responsibility to comply with the rules of the road. Even if you beat the DUI charge, you will still be stuck with a 365-day license suspension. And that is an absolute suspension, meaning you cannot drive for any reason, even work. Whereas if the court convicted you of a DUI charge, suspended your license for only 180 days. Additionally, you could apply for a work permit after the first 30 days of the suspension.

Another reason not to refuse to blow is that law enforcement is probably going to get your blood anyway. The State does not need your consent to draw your blood, they simply need a warrant from a judge. Most cities have a process in place for waking up a judge at 2:00 a.m. to get a warrant. If that judge ends up being the judge on your case, you can imagine how upset he (or she) is going to be that you forced him to wake up at 2:00 a.m. The courts in Idaho have not settled the law on whether they can charge you for a refusal after a blood draw. Consequently, there is a chance that they may get your blood, and charge you with refusal to provide a breath sample. So they will get their cake and eat it too, while you suffer twice.

In Idaho, one reason you may not want to refuse a breathalyzer is that if you feel like you are under the legal limit, blowing under a .08 will normally get you out of a DUI charge. Unless the officer has reason to suspect drug use, he must let you go if you blow under a .08. If you refuse to blow and would have blown under a .08 had you blown, then the State could proceed on an ‘actual impairment’ theory, instead of a ‘per se DUI’ theory. So if you only had one beer, then it may make sense to take the test in hopes that the police will not arrest you.

There are times where it may make sense to refuse a breathalyzer. If you were in an accident and someone was injured, a DUI charge would be charged as a felony. When you are facing a felony, it makes sense to preserve whatever defense you may have to the DUI. Especially since a driver’s license suspension on a felony DUI can be up to 5 years. A 365-day license suspension begins to not look so bad when you are facing a felony.

You can also get a felony DUI if you have had two prior DUIs in the last ten years, or one prior excessive DUI within 5 years. If you are facing these sorts of consequences, then it may make sense to exercise your right to remain silent, including refusing to consent to a breathalyzer. They may still get your blood, but there is always the small chance that they will not.

If you have been charged with a DUI in Idaho, call our top-rated DUI Lawyers today for a free consultation!

Can the police lie to you to get you to confess?
Next Post: What happens to a witness (or victim) if they fail to appear for court?