Home » Idaho Law Blog » Can the police lie to you to get you to confess? 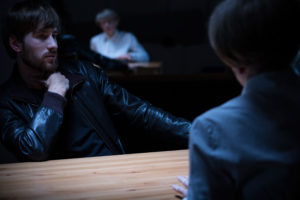 Can the police lie?

In what ways can the police lie to you?

There are many ways a police officer may use deception to coerce a confession from a suspect. Sometimes the officer will display false sympathy for the suspect. Other times police lie and saying they have incriminating evidence that they do not have. Sometimes they will falsely claim that a co-defendant has already implicated the suspect in the crime.

The police must follow certain procedures once the suspect is in custody. The police must obtain a voluntary, knowing, intelligent waiver of the suspect’s privilege against self-incrimination. Also a waiver of his right to counsel. In other words, they must get you to give up your right to remain silent and to an attorney. Only then can they interrogate you.

Voluntariness of the Confession

As I have said so many times before, you should exercise your right to remain silent, to begin with, so that you do not get caught in these traps. If you have made damaging confessions to the police, then you should seek the services of an attorney. See what your attorney can do to help you with your case.

Previous Post: « Unprocessed rape kits are not a problem in Idaho, despite what the media says.
Next Post: Should I refuse to blow when arrested for DUI?