Home » Idaho Law Blog » Unprocessed rape kits are not a problem in Idaho, despite what the media says. 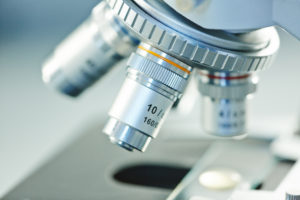 Recently KTVB reported that “the Nampa Police Department has collected more than 100 rape kits since 2010, but only 12 have been sent to a lab.

As a criminal defense attorney, who has handled numerous sex offense cases. I am puzzled as to how this ever became news to begin with.

It is not surprising that many so called ‘rape kits’ are never tested.  I have never worked for a law enforcement agency, so I cannot speak with experience as to every possible reason that a rape kit may go untested. However, I certainly can come up with a myriad of reasons from my experience as a criminal defense attorney.

1. Not every sexual assault results in penetration.

A rape kit includes more than just the sampling of body fluids. It also includes various other exams by a doctor.  But the part of the rape kit that gets sent to the lab examines the bodily fluids to identify DNA.  The only way the DNA is relevant is if the suspect penetrated the victim.  If the victim is not alleging penetration, then analyzing the sample will be a waste of time and money.

Regardless of what many people think, false rape accusations do happen. Sometimes they are caught early.  I know of two false accusations of rape on the Greenbelt that were reported in the Idaho Statesman within the last two years.  If a victim gets as far as a rape kit before coming clean about her false accusations, there is no reason to analyze it.

Despite these obvious examples of the irrelevance of analyzing the bodily fluids from a rape kit, many are still concerned with law enforcement’s failure to process these kits.  I will address those concerns here.

1. If we are not sending in rape kits, how are we keeping track of perpetrators DNA?

One way we keep track of DNA is through a law requiring every defendant convicted of a felony (any felony) in Idaho submits a sample of their DNA to the national database.  So any defendant that pleads guilty of any felony must submit his DNA to the database. That is how they track him.

Another way they keep track of DNA is through the kits that are submitted.  For example, if the rape perpetrator is unknown, those kits will surely be submitted for cross referencing as part of the investigation. Now I concede, if there are instances that this has not happened, then there is a serious problem.  But the media did not report that this specific problem occurred.  They have only made a general complaint that there are rape kits that have not been processed.

This is most certainly not what’s happening.  Guilty defendant’s are not being set free because of unprocessed rape kits. Innocent defendant’s are not being convicted because of unprocessed rape kits.  If the Defendant’s defense is that he did not have sexual intercourse with the girl, then his attorney has the power to request that the kit be processed. The State is required to process the kit as requested.  If the State’s case rests on the issue of whether sexual intercourse occurred or not, they most certainly have the ability to process the rape kit.  In my experience I have never seen or heard of an unprocessed rape kit becoming an issue at trial.

3.  The victim has to go through all that humiliation of getting the rape kit done, and then nothing is done with it.  This adds insult to injury.

Getting a rape kit done is important in order to maintain the integrity and efficiency of the system. A rape kit is done on day one. On day one no one knows how the case is going to proceed.  No one knows if the plea is guilty or not, or if intercourse is being disputed. The accusation is not even proven as legit yet.  They know absolutely nothing, and a rape kit is time sensitive.  So it is essential to collect and preserve this evidence.  It is not always be used, and most of the time it will not be needed.  But in those rare instances where it is needed, it is good to know that it’s available. It is important to understand that although collecting the sample is time sensitive, the processing of the sample is not time sensitive.  It can be processed at any time since the samples are not disposed of, but retained.

Without the rape kit being done, a perverse incentive would remain for guilty defendant’s to dispute sexual contact.  With the rape kits, this incentive is diminished.

Most of the time a victim is happy knowing that the defendant is caught, convicted, and appropriately punished for his crime, whether the rape kit needed to be processed or not.

The problem with the media is that they take emotionally charged issues, and present them in a way that gives a false impression of a serious problem.  The media presents statistics without context. The media also does not present any specific instance where this has become a real concrete problem.  Only general complaints are presented that appeal to strong emotions.

As a criminal defense attorney, it is easy for me to come up with complaints about how law enforcement does its job.  However, this is not one of those instances.  I have no reason to believe that law enforcement is being negligent or careless in the way they handle and process rape kits in Idaho.  Rather, it is the media that is being careless in the way they present stories. Stories with no context or background to explain why a large number of rape kits may go unprocessed.

Previous Post: « Ferguson, Grand Jury, and Indicting a Ham Sandwich
Next Post: Can the police lie to you to get you to confess?