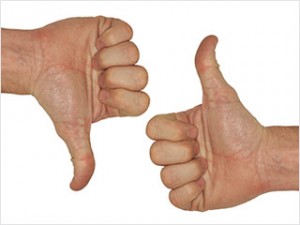 You can think of a Rider as a sort of middle ground between being placed on felony probation and being sent to prison. Generally the way the judge structures the sentence is he sentences the defendant to a prison sentence and places the defendant in the custody of the Idaho Department of Corrections, but adds a provision to the sentence that the court will “retain jurisdiction” for a period of 365 days. If the defendant is successful in completing the Rider program within the 365 days the judge will reconsider his decision about placing the defendant on probation. It is important to note that even though the judge adds this provision, the Defendant is still placed in custody.

Riders are typically not 365 days long. Generally the defendant will first be placed at a facility called the “Receiving and Diagnostics Unit” (RDU).  While at RDU, the Defendant is assessed for the best possible programming based on his particular circumstances. Some of the more typical programming options are the CAPP Rider, the Traditional Rider, and the Therapeutic Community Rider.

The CAPP Rider is a program designed for defendants with dependency on substance abuse. It’s generally a 90 day program.

The Traditional Rider is for programming for cognitive and behavior issues.  This program is usually 5-6 months.

The Therapeutic Community Rider is for offenders who need serious programming. This program is the longest and lasts between 9-12 months.

At the time of sentencing the judge may make a recommendation as to what type of programming the defendant will complete, but this recommendation is not binding on the Idaho Department of Corrections, and they have been known not to follow the judge’s recommendation.

When the defendant has completed his programming, the court will order the Defendant to be brought back for a “Rider Review”.  The Idaho Department of Corrections will draft a report of the offender’s progress during the program, and submit the report to the court and to the attorneys, along with a recommendation as to whether the defendant should be placed on probation or not.  The attorneys present their arguments and recommendations to the judge at the Rider Review, and the court then makes its decision whether to place the defendant on probation or to send him to prison.

Whether you are currently awaiting sentencing in Idaho, or are going to be returning from a Rider for a Rider Review, it is important to be represented by a criminal defense attorney. If you have a case that is likely to result in prison, then you may be able to put a case together to convince the judge to consider a Rider. On the other hand, you may have a case that is likely to be a probation case, but one wrong move and the judge could send you on a Rider instead.

Previous Post: « Can I Plead No Contest in Idaho? What Is An Alford Plea?
Next Post: Should I Plead Guilty or Not Guilty? »